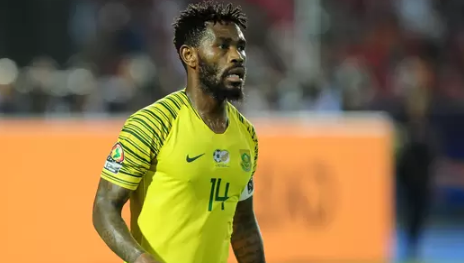 In a dramatic turn of events, South Africa’s Bafana Bafana surprised the world as they scored the only goal in a match against Egypt in the African Cup of Nations 2019 tournament. The Egyptians were left with nothing but bruised egos and to add salt to the wound; they were the host team as the game was played in Cairo.

On Saturday night the team from the southernmost tip of Africa put on an unbelievable show at the Cairo International Stadium, putting them through to the quarterfinals by claiming a fantastic victory near the end of the second half. South African fans witnessed the best sportsmanship and team effort they have seen on the soccer field since the 2000s with intensity so thrilling it could put “The Shining” to shame.

In the first half the South Africans controlled the Egyptians and left them unsatisfied in the second half when, with only 5 minutes to spare, Thembinkosi Lorch broke through and scored a goal on the 85th minute, winning the game for the South Africans and becoming the hero of the day. He dedicated the winning goal to the brother he lost last week.

This has put an exciting twist on the 2019 Africa cup of Nations as Egypt were one of the top favourites in the tournament and everyone’s minds, Bafana Bafana, the underdogs, were already seated on the plane to return home. Instead, it was Egypt leaving the competition, with that their Mexican coach was dismissed and the president of the Egypt Football Association also stepped down, 3 hours after the stunning game. Not only did the EFA President, Mr Hany Abo Rida, resign, but he also called on the entire board to follow suit in the “moral obligation”.

Meanwhile back in South Africa, the Vuvuzelas could be heard across the nation in celebration and support of their team, Bafana Bafana, the sportsmen, always had it in them according to every South African soccer supporter, and I’m sure there is not one Bafana Bafana fan with nails left on their fingers.

Who will South Africa face in the quarterfinal?

South Africa’s Bafana Bafana will now go head to head with the Super Eagles of Nigeria in the quarterfinals of the African Cup of Nations 2019 which, thus far, has been an enthralling tournament. A proud, beaming Coach Baxter was pleased with his team stating that the soccer players on the 7th were thanks to correcting and working on their weaknesses in the past couple of months, mainly they’re attacking. How far can Bafana Bafana go in the African Cup of Nations? If they continue with their great structure, their confidence without arrogance and their quick-passing game, the boys in green and gold could surprise the whole of Africa and take the cup. South Africa should now get behind their team and support them all the way.