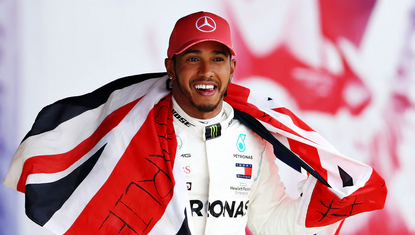 As the Formula One season counties to push towards the beginning of a new season, Lewis Hamilton is hoping to break one of the most impressive and longest-standing records in thee sports. That record currently is held by Michael Schumacher and relates to the most victories ever in F1, which at the moment stands at 91. Hamilton currently has 84 victories and is only seven shy of matching Schumacher’s record and eight away from setting a new world record. However, in order to do that Hamilton will need to have a stellar year in a sport that is facing a large number of changes that ultimately will impact any one team’s ability to dominate. At the moment, Hamilton is the only driver in Formula One has won a race in every season he has raced in.

Both Max Verstappen and Charles Leclerc have solid opportunities to topple Hamilton’s and Mercedes dominance this season should one have a solid performance and could very well win the world championship. In the event either drivers pulls this off, they would become the youngest in the sport to do so and beat that of Sebastian Vettel’s record who did so at 23. Neither Max Verstappen or Charles Leclerc will not turn 23 until September and October, and would then enter the record books.

Lewis Hamilton, one of the sports top drivers in its history, has had 250 stars and 151 podium finishes. As the reigning world champion, he is only four off Schumacher’s 155 podiums finishes, which the German did in 308 starts. However, while unlikely, Kimi Raikkonen could also surpass the record for the most race finishes that is still held by Michael Schumacher. Raikkonen and Hamilton are both only eight appearances behind that of Schumacher’s record of 221 points finishes.

Another record that could be broken this season is one Hamilton already owns. Currently, he tops the list for 33 finishes in a row where he earned points. Hamilton earned this distinction between 2016 and 2018. All Hamilton needs to do is score point in the season’s opener in Australia in March to increase that record. Hamilton also has the chance this season to break the record held by his racing idol, Ayrton Senna, who holds the record for being in the lead for every lap in 19 of 41 F1 victories. If Hamilton is able to lead one more race this season from beginning to end, he will surpass Senna’s record and set a new F1 record.

Australia could also see Hamilton earn a record of starting in pole position nine times at a single race track, in this case, Albert Park, the home of the Australian Grand Prix. Currently, the British driver is tied at eight with Michael Schumacher and Ayrton Senna.