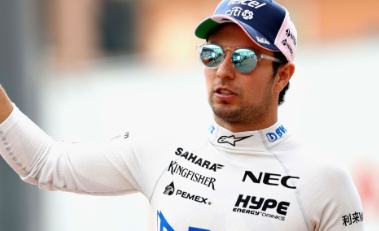 Throughout the last decade, Formula One became a sport dominated by the top three teams. This resulted in numerous drivers having to consider their options, prompting multiple to switch motorsports. The next driver that’s considering leaving the sport in Sergio Perez, who confirmed he wouldn’t remain in the competition if he cannot find placement with the top teams. Going this early would mean Perez spent twelve seasons in Formula One, with his current contract with Racing Point extended to 2022. Sergio Perez has kept his placement with Racing Point since 2014 and will begin testing at Silverstone for the 2020 season in two weeks.

Sergio Perez is hoping that the regulation changes happening to Formula One in 2021 will provide him with the capabilities to compete for podium placements. This would give Racing Point the opportunity for championship contention, which hasn’t been seen in over five years. Perez noted that if he’s battling in the midfield once the 2022 contract expires, he will search for another team with better statistics or leave the sport altogether. This information was provided through Motorsports Magazine, who interviewed Sergio Perez on January 10th. The Spanish driver expressed that it’s better to be realistic and that he most likely won’t receive a drive with Ferrari or Mercedes. Perez noted that he loves being with Racing Point and that multiple drivers would take his position if available. While speaking with reporters, he clarified that if things don’t change by 2022, he won’t extend his contract with the Pink Panthers. It would mark the first time in eight years that Perez would switch teams.

Sergio Perez isn’t debating the emotional and sentimental value he holds towards Racing Point. Spending eight years driving with one team creates bonds amongst the engineers, team leaders and fellow racers. When speaking with Motorsport, Perez noted that Racing Point acts as a second family to himself. Even though the team wouldn’t stop him from another opportunity with Ferrari, Mercedes or Red Bull, it would be challenging to part ways with them. Subsequently, analysts believe that even with midfield placement, there’s a substantial chance that Sergio Perez would extend his contract under a yearly basis with Racing Point. Even with the confliction felt towards leaving Racing Point, Sergio Perez mentioned that he would be delighted if he acquired placement with Ferrari or Red Bull. Regardless, he remains will one of the top seven teams, and that’s better than nothing in Formula One.