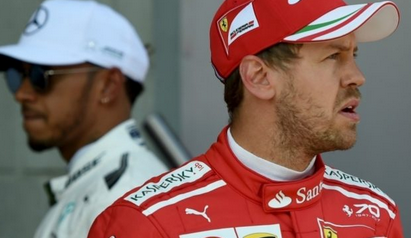 Sebastian Vettel has multiple scenarios to consider with his future career in Formula One and Racing. This follows after reports were released that showed Ferrari had offered Vettel a final one-year contract. The German-born driver was slated to end his career with Ferrari after this season, which was changed with the unexpected postponements of Grand Prix’s amidst the COVID-19 Pandemic. Sebastian Vettel accepting would provide him with a final opportunity to win a championship, with Red Bull and Mercedes confirming they wouldn’t hire Vettel after concluding with Ferrari.

Details on Vettel’s contract negotiations were provided through Sky Italia, who have inside sources with Ferrari in North Italy. These insiders notified reporters that Sebastian’s £35 million yearly contracts were significantly downgraded with Ferrari’s recent offer. This follows after Vettel hasn’t performed for Ferrari, incapable of achieving a championship victory over Mercedes. Motorsport reporters have begun requesting Vettel what he’ll do with his future in Formula One. The four-time champion expressed that he’s already started considering what options are best for his career.

Sebastian Vettel conducted a videoconference interview with Motorsport Magazine. He mentioned that his lifespan in Formula One doesn’t exceed ten years, that realistically he’s got to begin thinking about racing after F1. Vettel said that he’s in the fortunate position of obtaining multiple opportunities with a collective of motorsport racing leagues. This led reporters to wonder if Vettel is considering another circuit, potentially Formula E. Multiple drivers have switched over to Formula E after their time in F1 is over. Sebastian did express that decisions haven’t been made and that he’s relaxed for whatever comes next.

Reporters questioned if Sebastian Vettel would remain in Formula One for commercial purposes. The German mentioned that money won’t play a factor in his decision, that it doesn’t motivate him to drive. There are businessmen and sportsmen in the racing community, with Sebastian Vettel claiming that racing is still what thrives him to compete. Considering that Vettel cannot compete against Charles Leclerc, there’ll be a significant chance that Sebastian will move towards another motorsport. Considering that Vettel is German-born, he’s best suited to engage with the Porsche Racing League.