Kirsan Ilyumzhinov has to lead the Chess Federation, as the president, for more than 20 years. Despite having at least two decades of experience, as an elite chess leader, he was barred from entering the country that was hosting the most crucial chess event, in 2016. 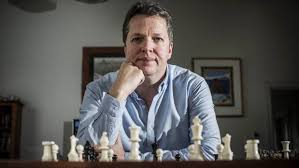 In 2015, a year before the event, Ilyumzhinov had been sanctioned for financially assisting Bashar Assad’s government, in Syria. The U.S. Treasury sanctioned him for the aid to Assad, whose regime purchased oil from the terrorist group and also inflicted violence on its citizens. As much as the sanction was extreme for any sports leader, Ilyumzhinov wasn’t an ordinary chess president. He served both as a regional Russian leader and a steward of chess for years. Thanks to his authoritative ruling method, IIyumzhinov turned into a valuable kremlin talent.

Well, all this drama had to end; thus, election was set in place to find a replacement for the Russian chess leader. Arkady Dvorkovich, a Russian politician was among the most popular candidate for the post, and as expected, he was voted in as the new president of the federation. The election was held in Batumi, Georgia, where delegates from 182 nations did vote to select the new leader.

The 2018 Fifa World Cup chief organiser Dvorkovich replaced his fellow countryman, Ilyumzhinov, who lead the federation for 23 years. One of the main reason for the Russian politician’s triumph was the last minute back up by a worthy opponent, Grandmaster Nigel Short. Short withdrew from the election and decided to support his opponent.

Many people believe that Dvorkovich will bring sanity to the chess world, and equality and non-bullying culture will prevail. A lot of allegations of rigging emerged, as some of the opponents pointed out that Mr Dvorkovich had a diplomatic assistant, from the Russian government, but in the end, his election was upheld, as there was no enough evidence to support the claims levelled against him.