The world’s second best female tennis player, Caroline Wozniacki, has blurted out about her coming back to Auckland in January. The Australian champion took to her social media and posted that she is looking forward to playing the ASB Classic. 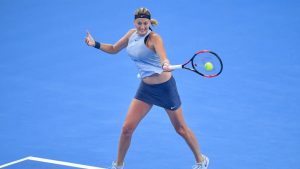 If she is playing in Auckland in January, then that will be her sixth visit. She clearly stated that she loves Auckland, as it is her favourite city, and she can’t wait to play there in 2019.

This also would make her the most prominent player in the ASB Classic. Only one of the top 10 players can be allowed by the international level restrictions.

Only Simona Halep is rank ahead of Wozniacki, making her the second in the world. The organisers further emphasised the issue of her return to Auckland in January.

Wozniacki had an impressive season last year, with a victory over Halep in the Australian Open finals. She also won the title in Eastbourne 2018, which pushed her to her 600th match win in her career and making her second WTA win for the year.

Looking at her stellar year, you will notice that she has won at least a title every single year in her WTA Tour’s eleven-year career. This also implies that she is eligible to defend her title later in 2019, at the WTA Tour Finals in Singapore.

The tournament director couldn’t hold back the joy on his face; Karl Budge categorically stated that it is great to have Caroline back in Auckland. She will be joining Venus Williams; thus, the ASB classic will have two global tennis superstars. The fans too are happy with the news, and definitely hoping to see the familiar faces in the ABS classic. They believe she will make the tournament more competitive, as she will be looking forward to adding more silverware to her cabinet.