Michael Venus, New Zealand’s high ranking double player, got his first round win at the Japan Open. Michael and his partner Raven Klaasen won against Diego Schwartzman and Steve Johnson, the American. The duo won 7-5, 6-2 in just an hour and 13 in the ATP 500 tournament.

It has been a tremendous week for him as his partner Sally is due to give birth to his baby in a couple of weeks. The duo is currently seventh in the ATP World Tour finals race that will happen in November in London. To enhance their chances, they have to show strong zeal for the game in both Shanghai and Japan Masters 1000 contest. 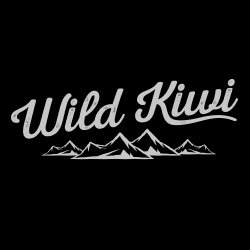 In the other news, Marcus Daniell and the Dutch partner Wesley Koolhof have fought through to the second round in Beijing at the China Open. The pair won against Feliciano Lopez and Marc Lopez 6-4, 1-6 and 10-8 in a duration of 1 hour 19. As much as the duo won the match, it is the first time they have lost points.

The victory of the two high profiled doubles players is a good news to Kiwi, who has been experiencing a slim run of good results. The pair has now won eight but lost 10 matches putting together their best result. The good thing is they have already set foot in the semi-finals at ATP 500 tournament in Hamburg.

A defeat on the match would have seen Daniell’s rank drop to 57, however with the performance, he should retain his 50th rank.

The New Zealand fans are hoping for consistency in their two prominent players in the future. They believe that the players are capable of even showing better performances in the future and that their ranks will improve with time. Well, time will tell and let us wish them all the best in their upcoming tournaments.