Growing numbers of players at Manchester United have a feeling that Jose Mourinho’s tenure in Old Trafford is over. They have lost faith in him and his tactics and are convinced that his departure from Manchester is now closer than before.

Reliable rumours close to the United’s dressing room informed MirrorSport that some key players are tired of being criticised and undermined by the hard love oriented coach. With the negative atmosphere formed by the coach, the players feel inhibited. 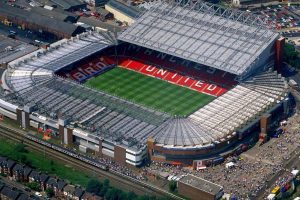 Not only once has Paul Pogba clashed with Mourinho, to the extent that he was stripped of vice-captaincy. Antonio Valencia, the upcoming younger Marcus Rashford and the recently signed Alexis Sanchez just to mention a few, to whom the coach has constantly criticised. Some players feel that the coach doesn’t accept his responsibility when things don’t go well, yet so easily blames others.

The boss had a brief press conference on Friday morning. He only answered questions concerning the upcoming game against Newcastle United. His response was vague and some would say, he was as ‘rude as usual’. One journalist asked him why his team was struggling and all he had to say was, “For many different reasons”.

Mourinho declined to expound on these reasons and didn’t respond to questions if he could guarantee fans that he is doing everything to turn the table around.

This is the second time since 1999 that United had a poor run of five games without a win. The reporter clearly stated that it is not acceptable for a team of United’s status, and the coach blatantly agreed.

In the Premier League, United is closing the top ten positions. As much as Mourinho is not disturbed as it is still early, he admits that a change in results is desperately needed. Well, we wish him luck in the next game against Newcastle.