The right to stage the 2024 European Championship has gone to Germany. They did beat Turkey in a vote in Nyon by the committee of UEFA’s executive.

Germany has won the competition three times so far and they would be hoping to win it that year as well, now with home ground advantage. The last time Germany staged the competition was in 1988, besides that, they have also hosted the 2006 and 1974 World Cups.

Plans are already underway for Berlin Olympic stadium to host the final match of the competition. A total of 51 matches are scheduled to be played between June and July.

Apart from Berlin’s Olympic Stadium that will be hosting the final, Munich, Hamburg, Stuttgart, Cologne, Frankfurt, Dusseldorf, Dortmund and Gelsenkirchen cities will be used for various matches in the competition.

This is the fourth time Turkey is losing a bid for hosting Euro, they were hoping to mark their country’s 100th anniversary through hosting this tournament. 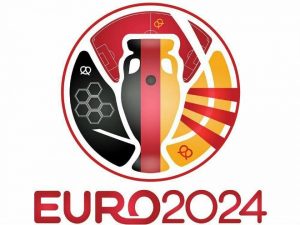 One of the main reasons why Germany won the bid is that of their “up to the standard” preparedness. Turkey needs to upgrade most of their infrastructure including the stadium, at a time when they are not doing so well economically. Again the country has been having cases of human right violation adding up to the already pointed out issue. Well, they never had a chance against Germany anyway. The decision was carried out by 17 members of the UEFA Executive committee as Olsson of Denmark was not feeling well and the German and turkey representatives were not eligible to vote.

Aleksander Ceferin, the UEFA president stated that the voting process was transparent, democratic and he believes that democratic resolution is better and fair.

The president said that all he can hope for is looking forward to attending the tournament in the year 2024.