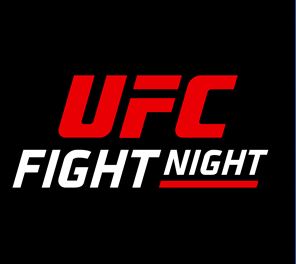 Sage Northcutt suffered a defeat during his ONE championship this Friday in Singapore. The former UFC star had to undergo nine hours of surgery to repair the eight fractures he received from a blow by Cosmo Alexandre. This kickboxing world-champion sent Northcutt crashing to the floor at the 29th second of the fight. The break which was initially assumed to be more damage to his face was indeed much more severe than expected. The upbeat Northcutt was, however, back on social media soon after waking up from his procedure and is proclaiming his return to fans on Instagram.

From UFC to ONE

The 23-year-old became a star after Dana White discovered him on the show Looking For A Fight. After not having a brilliant performance during his chances at the UFC and losing two of his eight fights, White confirmed that the young Northcutt still needs some work. Maybe he was right. Again, this was Northcutt’s first loss since his defeat against Mickey Gall in December 2016. After three victories in the UFC, Northcutt announced his departure from UFC to join ONE Championship.

Northcutt’s defeat in ONE Championship brings on an entirely new conversation within the leagues of professional MMA. In the mind of the majority of American fans, the landscape of MMA is still in terms of UFC. On Trading Shots Danny Downes and Ben Fowlkes touched on the subject of ONE being referred to as Minor League versus UFC. Even though the reporter guilty of the headline corrected his words, the assumption should still be explored that many do consider ONE as a minor league against UFC. Then Northcutt was being knocked out seconds into his debut fight at ONE after leaving the ranks of UFC, which indicates the toughness of ONE’s fighters. It seems that ONE is taking up former UFC fighters to get rid of their reputation.

Maybe also the reason why Northcutt was placed against an adamant Alexandre in his debut fight. Is ONE showcasing their reputation? The knockout kick served by Cosmo Alexandre secured his position in his career of six years in (T)KO. His win lengthened his winning streak to eight in a row.

What does it tell us about UFC? Are they building stars or did they sack Northcutt, sending him off to the likes of ONE because he lost his promotional value? While being a fighter for UFC does bring in a lot of fame and money, do they build you as a fighter or expect you to perform? Some say UFC is just lucky that fighters like Rousey and McGregor joined their ranks since they have large pockets, but little is done to help fighters grow.

Great fighters are not limited to UFC and ONE, but promoters need to get fans to be excited about fighters from all ranks. Fans are the primary influencers of the bottom line of MMA, and as long as they are not convinced, it just doesn’t pay to fight anywhere else.