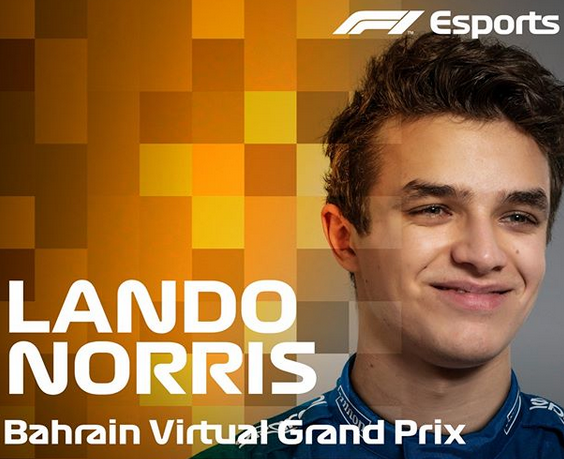 March 22nd marked the date that Formula One held their first Virtual Grand Prix in Bahrain. It saw Guanyu Zhou, the Renault Chinese Test Driver, win the circuit with a podium finish. For hundreds and thousands of fans throughout the globe, the F1 Esports Bahrain Grand Prix filled a void left after several races were postponed or terminated. It wasn’t the same experience, though, with multiple individuals experiencing technical issues with their internet connections. This included Lando Norris, the individual that fans were hoping would win. Additional F1 Drivers that competed included Nico Hulkenberg and Nicholas Latifi. It should be mentioned that Nicholas Latifi still hasn’t driven a Formula One race, with 2020 slated to be his rookie season.

When it applies to Lando Norris, he was one of the individuals affected by internet connection errors. He didn’t participate in qualifying or for half the race. This didn’t mean that he wasn’t entertaining the Norris audience, with Lando calling multiple F1 Drivers and making jokes with them. This included Carlos Sainz and Daniel Riccardo, which was hugely entertaining for viewers.

Mercedes AMG-Petronas collected two of their reserve drivers for this race, with one being unknown and the other a former F1 Driver. This included Esteban Gutierrez and Stoffel Vandoorne. The Red Bull – Aston Martin Esports Racing Team, employed Sir Chris Hoy, an Olympic Champion for their respective driver. Professional Golfer Ian Poulter was also seen driving for Renault. Liam Payne from One Direction also competed in this venue, with him being one of the more recognize individuals on the circuit. Nicholas Hamilton also competed in this venue, with the British Touring Car Driver being the brother of Lewis Hamilton.

Hilarious entertainment ensued with the Bahrain Virtual Grand Prix. The short qualifying session was nothing less of confusion, with drivers unable to find grip and continuously slamming into the walls. This extended towards the race itself, with some individuals driving in manners that aren’t normal and capable exclusively with video games. This included Nico Hulkenberg, who lost his seat with Renault during the 2019 Season. It should be mentioned all players were provided equal car performance, meaning the skillsets of drivers were dependant on winning this race.