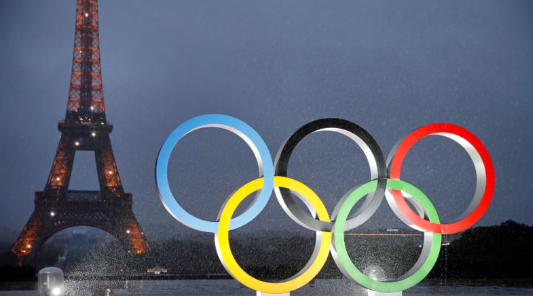 The forerunner of the Olympic Games was held in 776 BC at Olympus in Greece to honour the god Zeus and was held until 490 AD when it was stopped by the Roman Emperor Theodosius who stopped all pagan celebrations. These games included sports such as horse and chariot races, javelin and discus throwing, running and jumping and wrestling, and shockingly, all participants competed naked!

The games were inspired by the fantastic feat of Pheidippides who ran 140 miles from Marathon to Sparta to ask for reinforcements to help the Greeks fight off the Persians who were attacking them at Marathon, hence the name for long-distance running events. He then ran back with the message that the Spartans would help but, for religious reasons, only after the full moon. Pheidippides then participated in the fighting after which he ran 26 miles to Athens to spread the news of their victory. He died soon after from exhaustion.
This was the inspiration behind the start of the Olympic Games many centuries later.

In 1896 the Olympic Games were restarted by Pierre de Courbet when he founded the International Olympic Committee with the first Games being held in Athens. This event brought together 14 countries with 241 athletes competing in 43 contests. The games are held every two years, alternating between Summer and Winter Games. At the 2016 and 2018 Summer and Winter Games, the number of sports had increased to 35 and seven respectively = 42 in total. The events held at first were athletics, cycling, fencing, gymnastics and swimming. The list below shows how the games had grown in 2016.

Due to the abuse of amateur rules, the IOC decided to move away from amateurism and allowed professional athletes to compete. During the 1st World War and the 2nd World War the games were suspended. Today, the Games are held every four years, with Summer Games alternating every two years with the Winter Games. These days there are about 13 000 contestants from all over the world.

In 2016 Rugby Sevens were introduced to the Olympic Games in Brazil for the first time. Twelve nations competed in the Men’s games and 12 countries in the Women’s competition. Teams are eliminated by knockout, and the eight best teams qualify for the quarter-finals. Great Britain and Fiji contested the finals in the Men’s in which Great Britain won the Gold medal. In the runners up game, South Africa and Japan competed, in which South Africa won the Bronze Medal. In the Women’s contest, Australia won the Gold Medal, and New Zealand won the Silver Medal.