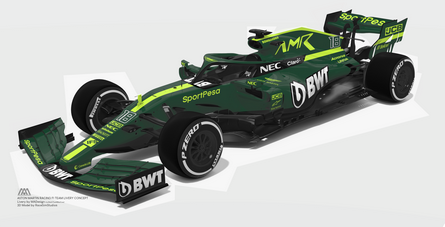 After considerable deliberation and rumours that Racing Points could become Aston Martin’s official Formula One team, it’s been confirmed by Lawrence Stroll. Starting in the 2021 F1 Season, Racing Point will be retrofitted with Aston Martin mechanics and visuals. Nobody in the history for Formula One has made a works team deal of this nature. Lawrence Stroll paid $250 million to maintain a 16.7% stake in Aston Martin, which came under the agreement that his F1 team would be rebranded. This could make them a severe contender for championship victory following the 2021 season, which is slated to be groundbreaking for this motorsport.

It’s been eighteen months since Lawrence Stroll took majority control over Force India – Racing Point, which had struggled with finances for a prolonged period. After Stroll purchased this motorsport organization, he rebranded the F1 team to Racing Point and hired his son. Lance Stroll took the 1st driver position with Racing Point, forcing Sergio Perez into the 2nd driver placement. Both of these drivers aren’t anticipated to perform higher than the mid-grid, with Perez and Stroll averaging 8th to 10th place throughout 2019. They’ll begin their 2020 Training Campaign starting February 17th, with the 2020 season slated to begin on March 15th.

Numerous supporters in Formula One have been disappointed with this announcement. It was confirmed that Red Bull Racing would lose their sponsorship deal following the completion of the 2020 Formula One Season. This will force Christian Horner to locate new sponsorship or have a considerable portion of their development funds terminated. Sports analysts and loyal supporters have claimed that Lawrence Stroll is spending billions to acquire victory, that neither members of the Stroll family have genuine talent. Regardless, this marks the 1st instance of Aston Martin become a “Works Team” in Formula One for six decades. The last time anybody saw this auto manufacturer perform in this motorsport was the Portuguese Grand Prix in 1960.

The previous chief executive officer for Force India – Racing Point, is delighted to hear that Lawrence Stroll has made significant leaps forward with his former organization. Vijay Mallya held priority ownership of Force India throughout 2008 – 2018. He was forced to resign after committing numerous criminal actions with embezzlement and insider trading. He’s was banned from ever operating or entering a Formula International Association-based venue for life. His comments have gone unwarranted from Lawrence Stroll.