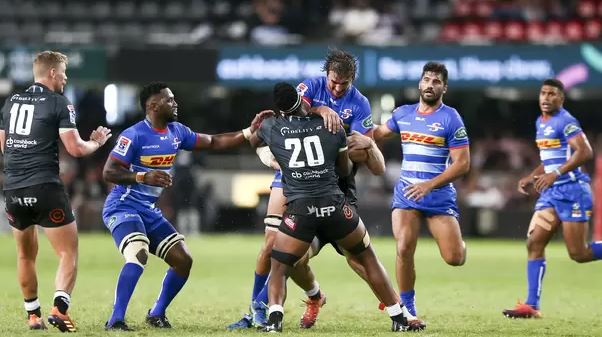 The rugby action this weekend included the announcement of the line-up for the playoffs after the final two games were played in South Africa. The quarterfinals see the Crusaders taking on the Highlanders on 21 June as well as the Jaguares and Chiefs battling to keep possession of the ball a little later the same day. You’ll have to be up bright and early on Saturday as the last two-quarter final games with the Hurricanes vs the Bulls, and Brumbies vs the Sharks will start at 08:15 and 10:30 respectively. So, keep your Casino visits to early afternoon rather than a late night on Friday otherwise you’ll miss all the action. Perhaps some sports betting would be a better option for you, especially because you can do it from the comfort and warmth of your very own home with the bonus of wearing whatever you like and shouting as loud as you want for whoever you want to win.

The Sharks vs The Stormers

The Sharks and the Stormers battled it out in the chilly Western Cape, with the Sharks snatching one last tri in the last few minutes of the game, giving them a leg up and the winning score of 12-9. This secures their spot in the quarterfinals where they will take on the Brumbies on Saturday 22 June on Australian ground in the Capital city of Canberra.

The Bulls vs The Lions

When it comes to the Bulls vs the Lions, their chances looked grim when they handed the Lions a tri in the first 16 seconds of the game. However, they must have received the shock of their lives because they soon pulled themselves together and thrashed the Lions 48-27 in Pretoria at Loftus stadium. The prize for this performance is a trip to trip to Wellington, New Zealand, and a game against the Hurricanes to again strut their stuff, while the Lions are left licking their wounds.

The Highlanders vs The Waratahs

On 14 June the Highlanders and Waratahs went head to head, leaving the Waratahs with bruised egos amongst other things. That game played out with the Highlanders “Hulk Smashing” the Waratahs, 49-12 gaining them a spot in the quarterfinals against the Crusaders, which will be played in Christchurch, New Zealand.

The Jaguares vs The Sunwolves

The Jaguares pulled a similar, if not more phenomenal, move on the Sunwolves as the Highlanders did to the Waratahs. They beat their opponents 52-10 landing them a game vs the Chiefs in Buenos Aires, Argentina, this Saturday. Buenos Aires is Also home to Casino Buenos Aires which has a 4.1-star rating on google after 11082 reviews. Perhaps if you can’t get to the stadium to watch the showdown, you can catch it there, you might even bump into some of the Sunwolves team, be friendly, buy them a drink.