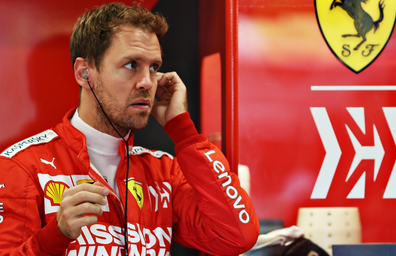 Sebastian Vettel has found himself in a comprising position. Formula One reporters identified that that former world champion had received a final offer from Ferrari, with that contract being a one-year deal until 2021. When this information was revealed publicly, multiple news outlets began contacting inside sources. Sky Italia learned that the 4-Time World Champion received a “Take it or Leave It” contract. That means there isn’t any room for negotiation and Ferrari is currently waiting for his response. Supporters behind Vettel were shocked to learn this information, with Mattia Binotto stating that Sebastian was their 1st option for future seasons but would receive short order contracts. These statements follow the recent information learned from Sky Italia.

When questioned on how he’d feel with Sebastian Vettel remaining with Ferrari, Charles Leclerc noted that it’s his preferred teammate. That’s because Vettel has opportunities to teach Charles unexpected strategies. However, Sebastian hasn’t been an excellent teammate to Leclerc and crashed him out purposely last season. It should be noted that the 2021 Retainer earned by Sebastian Vettel will be considerably less than the €100 million earned in 2017.

That year marked the moment when Sebastian Vettel led Scuderia Ferrari. Things have changed drastically in the last three seasons, with the German athlete often underperforming against his competition. Vettel would never acquire a championship title for Ferrari. When Charles Leclerc joined and continually outpaced Vettel, this marked the moment that the tides turned for Sebastian.

It’s now suspected that Leclerc is earning a higher payday than his older teammate, with Charles being named the #1 driver for Scuderia Ferrari in 2020. Neither of these drivers has competed throughout this season because of Covid-19, with Vettel’s minimal payday potentially being lowered because of the financial losses associated with the novel coronavirus for Ferrari.
It’s not known what Sebastian Vettel will decide for the 2021 Season. Insiders close to the German Driver have indicated he’s begun discussing potential positions with new teams. However, both Mercedes and Red Bull have publicly expressed that they wouldn’t sign Sebastian Vettel. His next best decision would be McLaren or Renault, with both teams pleased with their current line-ups. Sebastian could be forced to a low-scale team if he declines Ferrari’s offer.